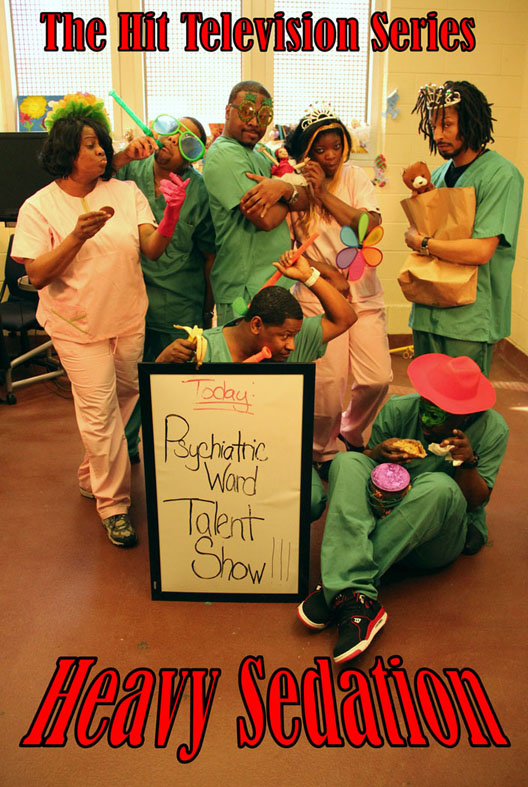 Heavy Sedation is a nationally syndicated television series of twisted, scary, comical, and uplifting short films, told using a repertory theater style, with the same actors, playing different characters, in different stories. It has been called ‘A hip funny twilight Zone in the hood’ by radio personality Charing Ball, and has been praised by the founder of the ‘Reel Black’ film screening series Michael Dennis touting that ‘Heavy Sedation has smart writing and tongue in cheek thrills, it will keep you on the edge of your seat.’